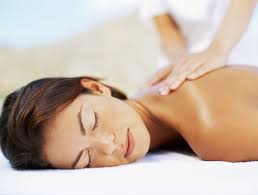 Thank you to my colleagues who have condensed this information from: The American Chiropractor,
​It’s an excellent article by JC Smith, MA, DC titled New Frankenstein. You may be a little put off by his continual use of the words monster and Frankenstein but he is spot on regarding how Big Pharma is ruining our country and going unchecked. Here are some quotes:
1.     A 2014 study by the Center for Disease Control (CDC) titled “Opioid Painkiller Prescribing” found that MDs prescribed 259 million prescriptions for opioids (OxyContin, Percocet, or Vicodin), equivalent to one for every American adult.
2.     …In Virginia, physicians write 78 opioid prescriptions for every 100 patients per year…138 prescriptions per hundred patients in West Virginia, hence the term “hillbilly heroin” epidemic. Each day 46 people die from prescription painkillers in the US.
3.     This is legal and covered by insurance…but these pill mills call their practices “pain management”, “pain relief”, “bone and joint” clinics, and the MD may call himself a “spine interventionist” or “chronic pain care provider”.
4.     Time magazine, June 15, 2015,  had a cover story titled The Price of Relief which highlights this hillbilly heroin epidemic in mainstream America concluding: “They’re the most powerful painkillers ever invented. And they’re creating the worst addiction crisis America has ever seen.”
5.     This article continued: “It took a tragic combination of good intentions, criminal deception, and feckless oversight to turn America’s desire to relieve pain into such widespread suffering. Most everyone has played a role. Weak research opened the door for overuse of opioids. The Food and Drug Administration (FDA) approved ever more powerful drugs for long-term use based only on evidence for their short-term safety….Too many doctors embraced the easy solution for treating pain by writing a prescription.”
6.     Don’t think this epidemic is just a hillbilly or street issue,…there are major concerns with present and former NFL players having this addiction, current and former military personnel, and even high school athletes. Joe Schrank, a NYC based drug counselor and former USC offensive lineman states: “Anyone who is giving a kid an opioid prescription without serious oversight and supervision is out of their mind. That stuff is like kryptonite.” A Sport’s Illustrated article stated that opioid pain killers cost up to $30 a pill on the black market, heroin costs $5 a bag and gives  a more potent high. The DEA’ chief of operations recognized that high school athletes were becoming ‘unwitting customers of the cartels’ which targets people susceptible towards drug abuse. “In the athletic arena, if anything can be likened to a weapon of mass destruction, it’s heroin.”
7.     Families consistently state that they receive no warnings from their physicians about the addictive power of the opioid painkillers they prescribed.  One physician who prescribed Roxy (Roxicodone) for an athlete jokingly said, “You got the good stuff.”
8.     Generally, when the public thinks of drug lords, they think of drug cartels from Mexico or Columbia. While that still may be true, the biggest drug lord in America is Big Pharma…and it is perfectly legal. Prescription opioids for back pain brought in $17.8 billion and OxyContin alone made $3 billion. Considering 259 million legal prescriptions for opioids were written to 127.86 million people, this equates to $68 per prescription or $139.21 per person. Not back for getting people hooked on worthless drugs.”
9.     An article in the NY Times on the DEA trying to tighten the rules on prescription meds, they state, “Abuse of painkillers now claim more Americans than heroin and cocaine combined…the number of American who die from prescription overdoses  has more than tripled since the late 1990’s.”
10.    These ‘pill mills’ are not so easy on the doctor dispensing the drugs, according to an article in Medscape titled “Why MDs Abuse Prescription Drugs?” which stated “69 percent of the physicians had misused prescription drugs sometime in the past.”
11.    A June 2015 survey published in Pain Medicine talked about the dangers to the physician dispensing the drugs with the highest violence involving opioids (89.9%) with 8% of the chronic pain care providers now carrying a gun for protection. Apparently, once a patient gets hooked on opioid painkillers, they resent being denied access to more drugs.
12.     Conclusion: (I’m paraphrasing) “Instead of writing prescriptions for addictive opioids, MDs should be writing referrals for many of his patients to chiropractors. However, with the prevailing “chirophobia” that is unlikely to happen.”
ucmsocialmediateam2018-02-02T05:59:27+00:00February 19th, 2016|Uncategorized| 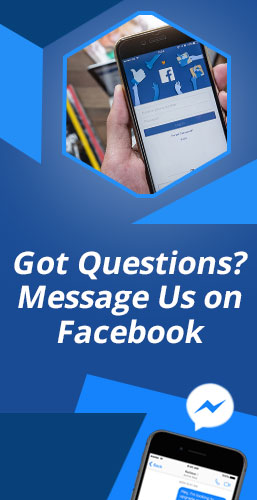