An Eye-Opening Way to Care for Meniere’s Disease

An Eye-Opening Way to Care for Meniere’s Disease 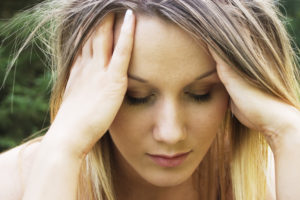 The term Meniere’s disease was coined by French physician Prosper Meniere in 1861. Dr. Meniere hypothesized that the combination of vertigo, ringing in the ear, and hearing loss was coming from the inner ear rather than the idea that was widely accepted at the time that the symptoms were coming from the brain. Once his idea became known and accepted as truth, it was called Meniere’s disease.

Meniere’s disease is a chronic disorder of the inner ear that has a recurring set of symptoms due to an abnormally large amount of fluid collecting in the ear. This condition can occur at any age but is most often seen in the 40 to 60-year age range. It is estimated that 615,000 people in the US have Meniere’s disease, with 45,500 new cases re-diagnosed yearly.

Why Does Meniere’s Disease Happen?

Many theories abound, but one has not been entirely agreed upon in the medical community. It may be due to:

It is generally accepted that Meniere’s is brought about by an unusually large amount of fluid in the inner ear increasing the pressure within. There may be certain events that trigger Meniere’s to ensue. These could be:

The Instability of Symptoms

Meniere’s disease is one of progression. This means saying what symptoms are common to the condition is not really telling the whole story. Symptoms often change depending on if it is before, during, between, or after an attack. In some cases, Meniere’s starts with fluctuating hearing loss and progresses to attacks of dizziness or vertigo. The following is a list of some symptoms that go on during the various stages.

Attacks of Meniere’s disease can last anywhere from 20 minutes to as long as 24 hours. They can happen multiple times in a week or may not happen again for weeks or even years.

One conservative long-term way to help Meniere’s disease is in adhering to a reduced-sodium diet along with diuretics to help control water retention in the body and hopefully reduce the build-up of water in the ears.

Medications can be used during an attack to reduce symptoms. Some of these include:

It is important to remember, when opting to take medications, they do come with some unwanted side effects.

Vestibular rehabilitation therapy can sometimes help reset your balance system. The goal is to retrain the ability of the brain to process balance information.

In those who do not respond to the above suggestions, a more invasive approach is taken. This has to do with destroying the vestibular tissue through the use of injections into the ear. Surgery to relieve the pressure on the inner ear may be done. Or, surgery to block signals from the affected ear to the brain may be performed.

If none of these options bring relief, or if they seem appealing to you, rest assured. There is one area of care seeing great success in helping Meniere’s patients. It is safe, effective, and non-invasive.

The body’s sense of hearing and balance rely on signals that are sent from the spinal cord and nerves from the brainstem to the brain. If there happens to be a malfunction in one of these areas, Meniere’s disease can ensue. Here at Evoke Spinal Care, we focus on making sure the bones of the upper neck are in proper order, particularly the C1 (atlas) and C2 (axis) vertebrae. These bones were designed to be a protection for the delicate brainstem. However, if they become misaligned due to a minor or major accident, they can put the brainstem under stress and cause it to send improper signals to the brain regarding balance and hearing. Many people do not realize that a previous accident may be the reason for their condition because the accident may have occurred many years ago but is just now causing noticeable problems.

Once we determine the exact location of your misalignment, we use a very gentle method that does not force the bones into place but encourages them to move back into their original position. Once corrected, the body can begin repairing any damage the misalignment may have caused. Communication is restored, and the symptoms of Meniere’s disease may ease up or go away entirely.